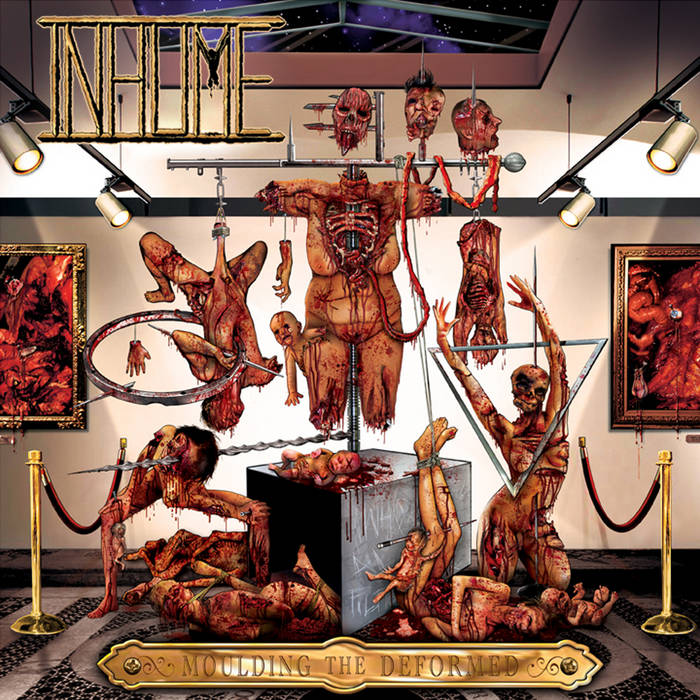 Inhume makes Brutal Death Metal in combination with Grind Core elements.
Deep, low grunting vocals over a hyperactive drum section with screaming vocals to keep it all in balance.
Guitars are there to sharpen and fasten it, but it is to say that in some points they disappear quite a bit. Mainly when vocals come to the foreground the rest of it seems to be gone.
The music that the band brings comes raw and cold, full of filth and a true listener of this band had not expected any difference.
Some tempo changes here and there bring some variation and this speaks for the band.
Inhume ain’t pussies and after all these years the band shows that it knows how to make a serious album and stick to what they do, not modernize it too much.
If you can stand the 14-track lasting brutality depends how much you can handle extremes.

Don’t expect anything else than more than 30 minutes of pure perdition.